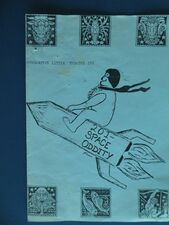 The first real play I wrote was back in the early 80's. The Meeting, (One Act, 4m,4f)  I had been on several committees, including the local Little Theatre group. It struck me that the frustration, time wasting and indecision that goes on would make a god theme for a play. I set the scene in the Chairman's house, his wife being the obsessional secretary. I based several of the characters on personal acquaintances and we put it on. Subsequently I submitted it to Playlab, a Queensland based programme supporting plays. They staged a rehearsed reading and it received good reviews. I am aware of only one other production. Anyone who has ever been on any committee will empathize with this.

Shortly after that, in 1987, the centenary of Sherlock Holmes's first appearance, the local university staged a competition, Hemlock Shomes, for a play on the Holmes theme. My submission The Body in the Restaurant (3m,3f,1 body) was the winner. The action was set at the University and featured  a current cartoon character and one modelled on a current pop singer. The plot is over the top. The play is probably too specific to its setting. There have been other works such as Outside Dingley Cottage (2F) specifically  written as a project for an historical heritage village project and several skits, parodies and revue items, and scripts for specific purposes over the years.

REVUES
There have been four of these. The first on "THE 200 CLUB" was co written with Peter GUNN in 1988. This was a large cast production with music and several themes.
We followed it up a couple of years later with "201 A SPACE ODDITY"which did have items dealing with space along with a lot of other themes.
A few years later I headed a team of contributors to  present "GST REVUE"- the GST not being the goods and services tax, but the Good Ship Titanic. It concerned an alternative version of the final voyage. I co-directed this one. It has been rewritten The last one was more recent, in 2018.  Again other people contributed scripts and we staged "BOGANVILIA"  a revue about things Australian which I directed. This one was done at Yeppoon, the earlier ones in Rockhampton. Again there was a large cast with numerous costumes. Some of the items from these revues have found their way into other works. The scripts are still available. Revues are very time consuming with constant rewritng required.
​

There are separate pages devoted to the ten minute scripts, the ful llength scripts and the theatre restaurant items. what follows now is a pot pourri of all the others.
​